The photo below is a wonderfully candid image of what appears to be a Soviet soldier returning home on leave. I acquired it from a seller in the former Lithuanian SSR who specializes in Soviet-era antiques and ephemera. There are no dates or identifying information on the photo itself, but some online research yields a few clues: First, the uniform is either from the so-called “Modernized” era of 1969 to 1987, or from the “End of Empire” era of 1988 to 1991. The “CA” on his epaulettes indicates he was in the Soviet Army’s infantry, and there are no stripes on the board, meaning he was a private at the time. The shield-like badge near his collar has a “2,” on it, making it a second-class proficiency badge for enlisted soldiers. The Opel that he’s leaning against looks to be from the 1980s.

The different facets of the image are intriguing in and of themselves and they are complemented by the warm sentiment visible on this young soldier’s face. But the historical value of the picture is greater than the individual curiosities of his uniform and surroundings, because the photo captures a moment in time from a place that no longer exists on any map: the USSR.

As far as I am aware, this photo is hitherto unpublished. 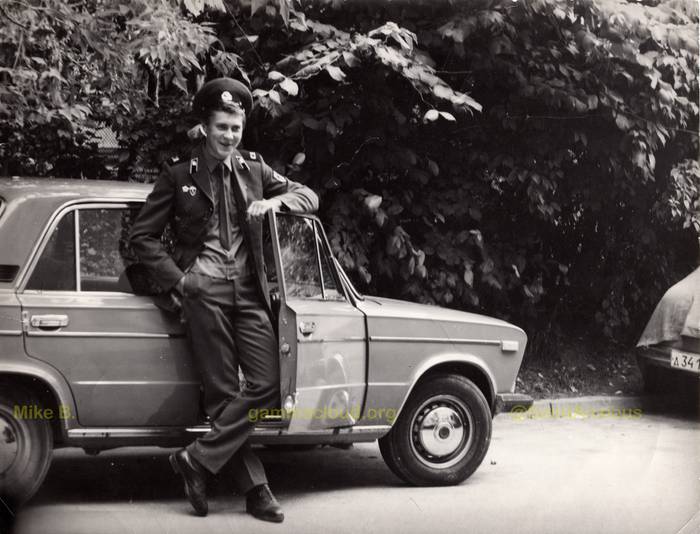