As a kid, I enjoyed looking at the interesting books in my dad’s home library, which included a paperback edition of Bram Stoker’s Dracula that featured an unusually creepy cover illustration as well as my dad’s copy of the NASA Treasury Apollo: Expeditions to the Moon. Another of my favorites was Edith Hamilton’s Mythology, a book which I admittedly didn’t spend as much time reading as I did admiring the cover art. My dad had the Mentor paperback edition (published somewhere around the mid-1960s), which featured a front cover depiction of Perseus holding Medusa’s head aloft in one hand and his sword in the other. It’s a striking illustration that made an impression upon me at a young age. 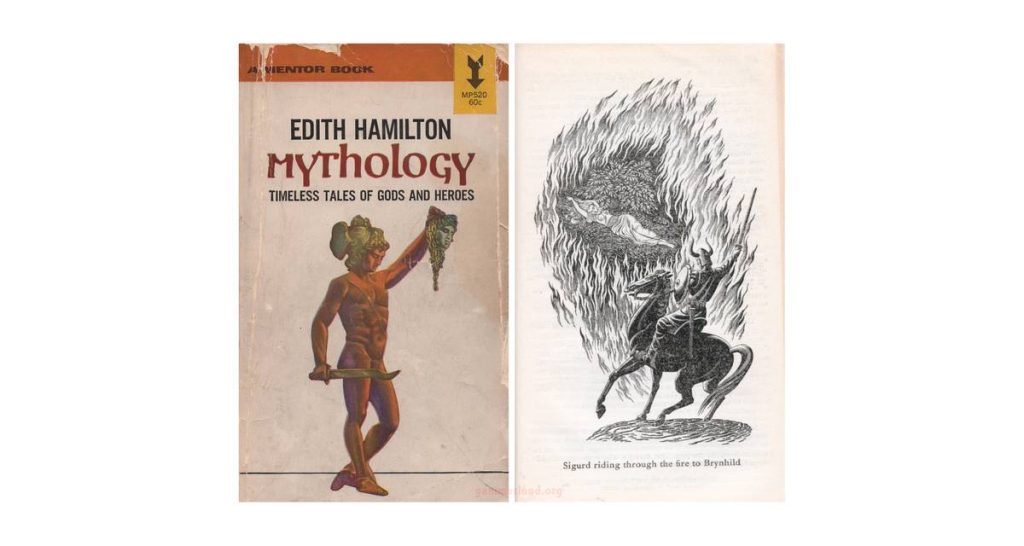 Cover and interior illustration (p. 304) from my copy of the
1964 edition of Mythology by Edith Hamilton

Dad gave me his Apollo: Expeditions to the Moon some years ago, which is a gift that I still appreciate. I don’t think I ever expressed much of an interest in the Mythology book, though, and it had largely slipped from my memory until I found a well-read copy at a thrift store in 2017. Not only was it the Mentor edition with the cover image that I remembered from childhood, but it was also replete with highlighting, underlining, and handwritten notes left by multiple readers in years prior. I especially like old books like this that combine the knowledge of the author with that of its readers, so I was happy to add the book to my own library. 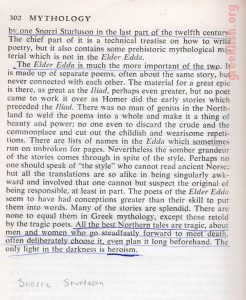 I thumbed through the book once I brought it home, checking out the brilliant illustrations by Steele Savage and the margin notes by the previous reader. One of the notes that piqued my curiosity was the name “Snorre Sturlason,” (sic) which was written in pencil in the blank section at the bottom of page 302. Looking up the page, I noticed a reference to the same individual (spelled differently) in the author’s text. The sentence begins on page 301 and ends on the following page:

“The Younger Edda, in prose, was written down by one Snorri Sturlson in the last part of the twelfth century. The chief part of it is a technical treatise on how to write poetry, but it also contains some prehistoric mythological material which is not in the Elder Edda.”

Hamilton’s fleeting reference to the Icelander Snorri Sturluson occurs in Hamilton’s introductory essay for a section on Norse mythology (entitled “The Mythology of the Norsemen”). It is a short section, for sure, comprising only about 15 pages or so of Hamilton’s entire survey of mythology. From a young age, I have appreciated Nose mythology, due in large part to Walt Simonson’s run on  The Mighty Thor as well as the copy of D’Aulaire’s Book of Norse Myths that was in the library collection of my elementary school in Lexington, Kentucky. In Hamilton’s essay, lyrical passages from the Elder Edda are woven into Hamilton’s general overview of Norse mythology. Neither Sturluson himself nor the Younger Edda garner any further mention, which still left me with some questions.

It’s not surprising that in Hamilton’s era, there isn’t much to share on Sturluson. After all, the book was compiled in the age of dense volumes and card catalogs as opposed to lightning-fast Google results. But even on the ‘net, there appears to be a lack of real specifics with regard to Sturluson’s life. Of course, he walked the earth almost a millennium ago, from 1179 to 1241. This was the same era as that of Saint Francis of Assisi (1181 – 1226), although it can be effectively argued at Saint Francis was decidedly better known in his lifetime and celebrated more widely in death compared to Sturluson. But, where some online biographical sketches of Snorri Sturluson lead a disclaimer such as, “(l)ittle definitive is known of Sturluson’s life, and much of what is known is subject to dispute and conjecture,”[1] others, like the Wikipedia entry for Sturluson, try to present as much information as possible.

There are some consistent points about Sturluson upon which everyone agrees. He was, as the Wikipedia entry notes, a historian, a poet, and a politician.[2] Among his works are the Younger Edda (or Prose Edda); Heimskringla a collection of sagas about the Norwegian kings of the eighth century through the twelfth century; and possible Egil’s Saga, a history of the clan of Egill Skallagrímsson. Sturluson’s legacy is somewhat controversial in the modern era, given some political and cultural intricacies associated with Iceland’s independence from Denmark.[3] 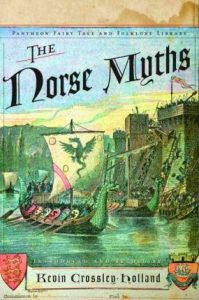 In the course of my relatively brief time researching Snorri Sturluson, one of the better summaries of his literary legacy appears in the introductory text to Kevin Crossley-Holland’s book The Norse Myths, in which he identifies Sturluson as “(t)he finest man of letters that Iceland ever produced.” Crossley-Holland also discusses Sturluson’s contributions in the context of cultural and social developments in Iceland during his lifetime.

Iceland had democratically adopted Christianity in 1000 ad, and the accompanying exposure to new European literary modes was eroding both the use of the old scaldic technique and familiarity with the kennings. Snorri’s reaction was to write a handbook to encourage poets to compose in the scaldic style – a kind of North European equivalent of Aristotle’s Poetics. The Prose Edda, written in about 1220, includes rules of poetic diction, quotes extensively from scaldic poems that would otherwise be lost to us, displays familiarity with almost all the poems in the Elder Edda and retells in full many of the myths that lie behind the kennings in scaldic poetry. One section in particular, ‘Gylfaginning’, consists exclusively of retellings from the myths.[4]

Additionally, Crossley-Holland’s book offers a few additional comments on Sturluson’s work and influence, including a note on the theory that Sturluson was an uncredited author of Thrymskvitha. In that particular tale, Thor’s hammer is stolen by the giant named Thyrim: 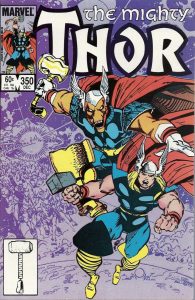 Thrym spake:
“I have hidden | Hlorrithi’s hammer,
Eight miles down | deep in the earth;
And back again | shall no man bring it
If Freyja I win not | to be my wife.”[5]

The little that I have read thus far of Snorri Sturluson’s life, his work, and his contribution to literature have rekindled my interest in Norse mythology and it’s all thanks to a decades-old reader’s note in a thrift store book. Whether my future readings simply take me back to mid-80s editions of The Mighty Thor or to an effort to approach more serious works, such as the Prose Edda or Heimskringla is yet to be determined.