One might effectively argue that there weren’t many good shows on television back in the mid-1980s. At any rate, there certainly weren’t as many shows on TV then as there are today. And because I was only 12 years old at the time, I was easily impressed. I guess that explains my nostalgia for shows like the lip-sync game show Puttin’ on the Hits and the Don Adams sitcom Check it Out. Anyway, despite the fact that I only saw a handful of episodes of Otherworld during the show’s original run, it stuck with me for a long time and I was really excited a few years ago when I discovered that the entire series had been uploaded to YouTube. I watched them all (in order) shortly after finding them and I still found the show to be very entertaining. In fact, I was so enthusiastic regarding my rediscovery of Otherworld so much that I even procured a DVD set featuring the show’s entire run and I watch still watch the show on a fairly regular basis. 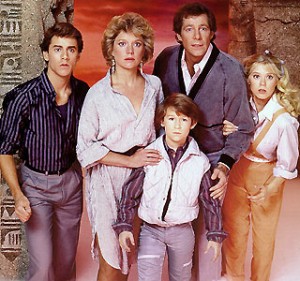 Sounds pretty simple, right? It’s a unique show that I appreciate mostly because of the nostalgia surrounding it but also because I’m a lifelong fan of comics and the science fiction genre. But It’s a guilty pleasure, nonetheless. My conflicted feelings regarding my gratuitous enjoyment of the show stem almost completely from the unmistakable political undertones that permeate every episode. Otherworld was a product of its time—and that time was the very pinnacle of Ronald Reagan’s role in the Cold War.

It’s worth pausing here to note a little about the show’s creator, Roderick Taylor. His biography for Bumbershoot Productions, Inc. describes Taylot as “an artist with notable accomplishments in literature, music, film and television.” Better known to some fans as Roderick Falconer, Taylor was a moderately successful recording artist back in the 1970s and early 1980s. As a recording artist, Taylor appeared to embrace the same kind of Randian-styled rugged individualism that influenced Rush when they penned their epic concept album 2112. Actually, Taylor took it just a bit further and even went to far as to employ a bit of fascist imagery on the cover of his 1976 album New Nation. A December 1976 review of the LP harangued the album as “a package wrapped in crypto-fascist overtones.” 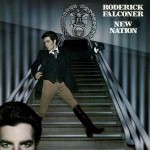 To be sure, history has generally proven that mixing politics with the notion of “purity” isn’t exactly in the best interests of humanity. Later in the same review is quoted as declaring that his follow up to New Nation would “synthesize” Nazi Germany’s infamous Nuremburg Rally with the 1933 American musical Footlight Parade.

His regrettable sources of inspiration aside, Taylor’s music isn’t the least bit hard on the ears. In fact, much of it is quite good, particularly the above-noted New Nation as well as the platter that followed, Victory in Rock City. His recording work spanned a number of genres, from folk to glam to radio-friendly pop. Moreover, there’s a good deal of overlap with Taylor’s music career and his work on Otherworld. More on that later.

Otherworld debuted on CBS in January 1985. As noted above, the series only lasted eight episodes. The show told the story of the Sterling family, who accidentally passed through an inter-dimensional portal while on vacation in Egypt. The five family members—Hal, June, Trace, Gina and Smith—end up in a dystopia that features elements of ancient mysticism and futuristic technology. The primary story arc chronicled the Sterlings’ attempt to return back to their world. Shortly after they land in the strange dimension, they run afoul of high-ranking Zone Trooper Nuveen Kroll who tries to arrest them all. After a scuffle with Hal, Kroll is KO’ed and the Sterlings take off with his car and an important crystal that serves as Kroll’s means of accessing important computer systems. This sets up one of the main, ongoing plot lines for the series, as Kroll relentlessly pursues the Sterlings as they travel through different “zones” in the world hoping to reach the capital province of Imar so they can return home. Incidentally that Nuveen Krool was played by Jonathan Banks who won critical acclaim decades later in his role as Mike Ehrmantraut in Breaking Bad.

Another story arc in Otherworld was the Sterling family’s ongoing struggle against the totalitarian social order throughout all of the lands they visit in the strange dimension. The political climate of Otherworld largely reflected America’s view of the USSR, featuring themes and conditions that upheld collectivism and rejected individuality. For example, in the first episode of the series—named “Rules of Attraction,” (also the title of Rod Taylor’s 1984 album)—an android couple hails the guiding principles of Imar, offering a quote from one of their most important texts: “What you need, you have to make.” It’s a rather clear parody of one of the most famous passages written by Karl Marx, “From each according to his needs, to each according to his ability.” In the fourth episode, entitled “Rock and Roll Suicide,” teenagers Trace and Gina lament their expulsion from school with Gina explaining that they paid a price because they “resisted the pressure to become mediocre,” echoing the deeply held beliefs of social conservatives that communism suppresses creativity and innovation. I’d even go so far to say that the province of Tarka (as depicted in the opening scene of episode two, “The Zone Troopers Build Men”) is based on Soviet-era Ukraine…but maybe I’m reading too much into things (Probably not, though). These examples are but a small sample of the prevailing ideological message of Otherworld. Gender relationships, militarism, and popular culture also receive heavy critique through the series. 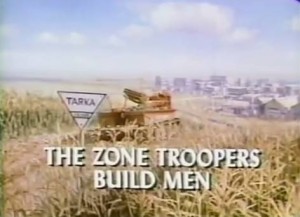 Otherworld’s Tarka province, as depicted in the opening scene of the “Zone Troopers” episode

It’s not just Roderick Taylor’s philosophy and music that figure prominently in Otherworld. He makes a cameo in every episode, as well. At least he as a sense of humor about it, though. In the episode entitled “I Am Woman, Hear Me Roar,” a gaggle of young women ogle a flyer featuring what appears to be a PR photo of Taylor along with the caption, “My name is Rod, and I like to sing and eat.”

Taylor also infused his recording work into Otherworld. A handful of his songs appear in the “Rock and Roll Suicide” episode, including “Only So Much Time,” “Rock and Roll Will Never Die,” and “Rock City.” The episode also includes original material that Taylor composed with occasional Kiss collaborator Mikel Japp.

For whatever reason, Rod Taylor’s formula for Otherworld still works for me. I never forgot the show after only seeing the original episodes one time, decades ago. And despite Taylor’s philosophical foibles and the decidedly dated flavor of Taylor’s vision of the far-flung future, Otherworld remains in heavy rotation in my present-day viewing habits. “The Zone Troopers Build Men” and Rock and Roll Suicide” are probably my favorite episodes of the lot but looking around online, I’ve read that there are five more installments that were never aired. It’s unlikely that a renaissance of ’80s sci-fi will happen anytime in the near future but Otherworld has been re-aired on SyFy within the past several years, so maybe at some point, CBS (or whoever owns that material these days) will open up the vault and provide fans with some newer material as a reward for our collective patience.