Nexhmije Hoxha on questions of crime and punishment 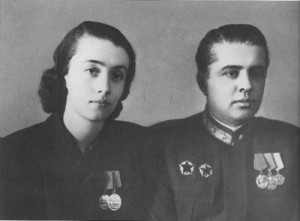 Over the past few weeks (well, months, actually…) I’ve been slowly transcribing a rare booklet featuring a paper written by Nexhmije Hoxha entitled “Some Fundamental Questions of the Revolutionary Policy of the Party of Labor of Albania About the Development of the Class Struggle.” The paper was originally delivered by Hoxha at a meeting on June 27, 1977 and later published by The “8 Nëntori” Publishing House. At that time,Nexhmije Hoxha was the Director of Marxist-Leninist Studies at the Central Committee of the Party of Labor of Albania. Once I have transcribed the entire text and added in all necessary references, the document will be posted on the Marxists Internet Archive as the cornerstone of a new English-language Nexhmije Hoxha Internet Archive.

One particularly interesting portion of the paper provides some insight into Marxist-Leninist perspectives on incarceration and capital punishment. Having some familiarity with the field of penology through my own academic and professional experiences, I found her writing to be noteworthy with regard to its specificity, as she touches on matters related to both theory and practice.

Along with the work of historians such as Bill Bland—who touched on matters concerning the USSR’s penal system in his 1999 work “Stalin: The Myth and the Reality“—and academic studies that appropriately juxtapose the draconian Tsarist-era prisons with the comparative reforms of the Soviet system, Nexhmije Hoxha’s work offers an added dimension to the larger questions regarding crime and justice under socialism.

The Socialist State Is The Most Powerful Weapon Of The Class Struggle.

The dictatorship of the proletariat is the most powerful weapon of the class struggle in the hands of the working class and its party. To wage the class struggle correctly, it is important not only to accept that the socialist state, even after the elimination of the exploiting classes, for the entire period of transition to communism, remains the state of the dictatorship of the proletariat, but also to define the functions of this stale for the entire period correctly on a class basis.

At the 4th Congress of the PLA, when the building of economic bases of socialism in town and countryside and the entry into a new stage, that of the complete construction of the socialist society, was announced, the Party made it clear that also in this stage the function of repression of the socialist state, along with the function of the defence of the Homeland, remained always “very important functions.”

At the same time, the economic-organizational and cultural-educative role, Which our proletarian state began to perform when it was set up, with the construction of the economic base of socialism deepened and extended further in the sphere of the activity of the socialist state.

Every function of the state of the dictatorship of the proletariat has its great importance. Its functions of organization and management of the economy and culture, education, suppression of the hostile and criminal activity, of the defence of the Homeland from the external enemy are exerted in unity, fulfils one another.

The dictatorship of the proletariat uses violence for the destruction of the old society and the construction of the new socialist society, despite the resistance put up by the enemies (it acted in this way in the liquidation of the economic base of the big land proprietors, foreign and local capitalists, etc.).

Thus, we have the universal use of violence as a means of the class struggle to settle the issues of the revolution, while the level and forms of the violence depend on the level of the resistance of the enemies. Lenin has stressed, “The greater the extremes of the exploiters’ resistance, the more vigorously, firmly, ruthlessly and successfully will they be suppressed…* Hence, the level, forms and severity of the violence of the suppression, depend on the resistance and activity of the enemies, but not the universal use of violence.

Differentiation is made not only between kulaks, elements of the former exploiting classes in general, anti-party elements, on the one hand, and their offspring in the other, but also between the enemies themselves. In conformity with the degree of culpability and the social danger they represent, one is left at large but kept under control, the other is imprisoned, one is sentenced to 2-3 years, another to 10 or 20 years, while still another is shot.

It is in our interests to have the minimum number of enemies, therefore efforts are made for their re-education, both when they are in prison and when they are not, nevertheless the control, vigilance must never be slackened.

The question arises: Can it be said that the function of suppression is reduced parallel with the strengthening of the revolutionary education of the masses? This is linked with and dependent on the development of the class struggle in socialism.

The function of suppression has to do less with the actual number of enemies within the country, than with the great danger threatening the dictatorship of the proletariat and our socialist country from the internal and external enemies who are always linked in collaboration against us, as well as from liberalism, bureaucracy, and bourgeois-revisionist degeneration, when those are not combated directly and continuously.

Practice has proved that during the process of the development of the revolution, and the socialist construction, while one bunch of internal enemies are being eliminated or destroyed, other new enemies are emerging. If the class struggle is not waged correctly, hostile strata may emerge from individual enemies, reaching the point of the creation of a class of bourgeois enemies as occurred in the Soviet Union.

Therefore the dictatorship of the proletariat always keeps its weapons sharp and ready to suppress the enemies.