On essence, memory and media

Updated February 2020 with the postscript below.

“So much still to give, so many joys of life to taste, all cut short by some cell gone wrong. Life is so very unfair.” 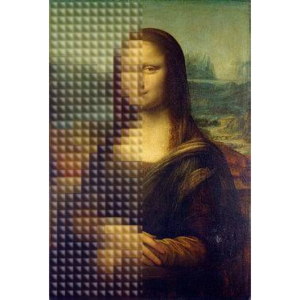 For a couple of days now, I’ve been searching in vain for a video clip of author Douglas Hofstadter in which he offers his perspective on how we remember folks when they pass away. I first discovered it a few months ago and as I recall, his comments were recorded for a television show about the mind and memory or something along those lines. As one might expect from the well-studied and eloquent Hofstadter, his reflections employed a fusion of simple analogies with complex concepts; a succinct yet quasi-poetic analysis of how we perceive our absent friends and family.

Although I can’t do Hofstadter’s words much justice without employing a direct quote (which is unfortunately not available to me at present), the best summary I can offer is his explanation that the memory of a specific person is much like a mosaic in which a host of individual memories – including sensory data, emotions, and experiences – all come together to offer a general picture of someone who is no longer with us in the present. In a sense, the “essence” of a person (go ahead and call it a “soul” if you must) is gone, but the memory endures. But because memories are often flawed and incomplete, the mosaic is a fuzzy one; comforting in what it may offer to grief-stricken loved ones but frustratingly short on details and specifics.

I don’t remember when exactly Hofstadter’s comments on this subject were recorded but the impact of digital technology, mass storage, and social media did not seem to be a factor in his “fuzzy mosaic” analogy. Indeed, technology continues to expand so rapidly that it’s entirely likely that concepts like cloud storage and online social networking might not have even been on his radar at the time that he made these comments. Nevertheless, it’s a noteworthy step in the evolution of how human beings perceive and recall one another that we are now able to record large parts of our existence in clear detail – major life events, likes and dislikes and all sorts of details from the important to the trivial – sharing them far and wide while stitching them together in a mosaic that is still incomplete but often much, much sharper than what we’d have if we were forced to rely on fleeting memories colored by a broad spectrum of sentiments. Memories, then, are freed from most kinds of subjectivity and carried from dusty albums and dark closets into the light of the present, evolving from imperfect recollections into the realm of authentic commemoration. Short of having our departed loved ones here with us once again, this is perhaps the next best thing.

After years of ruminating on the “fuzzy mosaic” concept, I finally found the comments I recalled by Hofstadter, not in a film but in his 2007 book, I Am A Strange Loop. On pp. 255 and 256 of the softcover edition, Hofstadter discusses the concept of “mosaics of a different grain size” and secondhand memories as “blurry copies.” So it turns out that my personal recollection of the author’s words was a bit fuzzy, all told.

This entry was posted in and so on..., psychology, zilch and tagged essence, Hofstadter, memory. Bookmark the permalink.