To Ludwig Feuerbach in Bruckberg 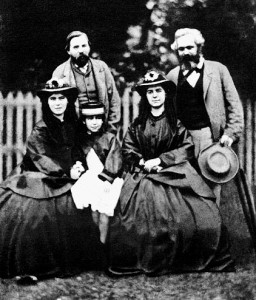 Friedrich Engels, with Karl Marx and Marx’s wife Jenny and their children Laura and Eleanor

Recently, while in the course of closely re-reading and studying Karl Marx’s 1843 letter to Arnold Ruge (commonly referred to as “For a Ruthless Critique of Everything Existing,” I came upon a rare gem in the form of one of Marx’s lesser-known works, a letter to Ludwig Feuerbach dated October 3, 1843, a short time after the aforementioned letter to Ruge. Like Marx’s “Ruthless Critique” letter, his correspondence to Feuerbach concerns the efforts of Marx and Ruge at launching a French and German newspaper called Deutsch–Französische Jahrbücher (German–French Annals). At first blush, what seemingly distinguishes this letter from much of Marx’s other correspondence on matters regarding history and political economy is its general tone of deep respect and deference towards the intended audience. Indeed, many contemporary historians and academicians (especially those who approach the topic of Marx and his works with hostility) seize every opportunity to accentuate and embellish the more caustic and abrasive aspects of Marx’s personality and style of thought and expression. But to those more well-acquainted with Marx’s collected works—including personal correspondence to his wife Jenny von Westphalen, letters to his longtime friend and collaborator Frederick Engels and even the prevailing spirit of seminal works like Theses on Feuerbach— his writings are, in fact, replete with telling signs of his introspection, enthusiasm, and humility. 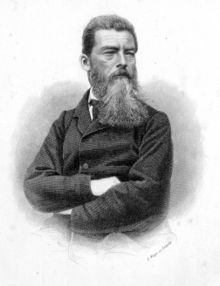 Marx’s 1843 message to Feuerbach was an appeal for original material to print in forthcoming editions of  Jahrbücher which actually produced only one issue, folding due to logistical issues with regard to distribution, among other things. It is, of course, well documented that Marx held Feuerbach in very high regard and it was Feuerbach’s materialism that eventually became an essential component of Marx’s overall world view.

The transcription below is drawn from Marxists Internet Archive. The letter also appears in Karl Marx Frederick Engels Collected Works , Volume 3 (March 1843-August 1844). Selected footnotes from the MECW edition are provided for purposes of commentary and criticism. Where appropriate, I have also interspersed my own comments, signed with the letter “Γ”.

A few months ago while passing through [Bruckberg], Dr. Ruge informed you of our plan to publish Franco-German Jahrbücher and asked at the same time for your collaboration. It has now been already settled that Paris is to be the place for printing and publication and that the first monthly number is to appear by the end of November.

Before I leave for Paris in a few days time I feel obliged to make a brief epistolary approach to you since I have not had the privilege of making your personal acquaintance. 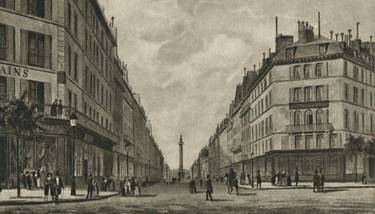 You were one of the first writers who expressed the need for a Franco-German scientific alliance. You will, therefore, assuredly be one of the first to support an enterprise aimed at bringing such an alliance into being. For German and French articles are to be published promiscue[1] in the Jahrbücher. The best Paris writers have agreed to cooperate. Any contribution from you will be most welcome and there is probably something at your disposal that you have already written.

From your preface to the 2nd edition of Das Wesen des Christenthums,[2] I am almost led to conclude that you are engaged on a fuller work on Schelling[3] or that you have something about this windbag in mind. Now that would be a marvellous beginning.

Schelling, as you know, is the 38th member of the [German] Confederation. The entire German police is at his disposal as I myself once experienced when I was editor of the Rheinische Zeitung. That is, a censorship order can prevent anything against the holy Schelling […][4] from getting through. Hence it is almost impossible in Germany to attack Schelling except in books of over 21 sheets, and books of over 21 sheets are not books read by the people. Kapp’s book[5] is very commendable but it is too circumstantial and rather inaptly separates judgment from facts. Moreover, our governments have found a means of making such works ineffective. They must not be mentioned. They are ignored or the few official reviews dismiss them with a few contemptuous words. The great Schelling himself pretends he knows nothing about these attacks and he succeeded in diverting attention from Kapp’s book by making a tremendous fiscal to-do about old Paulus’ soup.[6] That was a diplomatic master stroke.

But just imagine Schelling exposed in Paris, before the French literary world! His vanity will not be able to restrain itself, this will wound the Prussian Government to the quick, it will be an attack on Schelling’s sovereignty abroad, and a vain monarch sets much greater store by his sovereignty abroad than at home.

You would therefore be doing a great service to our enterprise, but even more to truth, if you were to contribute a characterisation of Schelling to the very first issue. You are just the man for this because you are Schelling in reverse. The sincere thought – we may believe the best of our opponent – of the young Schelling for the realisation of which however he did not possess the necessary qualities except imagination, he had no energy but vanity, no driving force but opium, no organ but the irritability of a feminine perceptivity, this sincere thought of his youth, which in his case remained a fantastic youthful dream, has become truth, reality manly seriousness in your case. Schelling is therefore an anticipated caricature of you, and as soon as reality confronts the caricature the latter must dissolve into thin air. I therefore regard you as the necessary, natural – that is, nominated by Their Majesties Nature and History – opponent of Schelling. Your struggle with him is the struggle of the imagination of philosophy with philosophy itself.

I confidently expect a contribution from you in the form you may find most convenient.[8] My address is: “Herr Mäurer. Rue Vanneau No. 23, Paris, for the attention of Dr. Marx.” Although she does not know you, my wife sends greetings. You would not believe how many followers you have among the fair sex.

[2] From the The Essence of Christianity; Preface to the Second Edition, published in 1843. “This philosophy has for its principle, not the Substance of Spinoza, not the ego of Kant and Fichte, not the Absolute Identity of Schelling, not the Absolute Mind of Hegel, in short, no abstract, merely conceptional being, but a real being, the true Ens realissimum – man; its principle, therefore, is in the highest degree positive and real.”—Γ.

[4] A word here is indecipherable.

[8] Although in his letter of October 25, 1843, Feuerbach fully agreed with the appraisal of the political tendencies of Schelling’s philosophy given by Marx in his letter, he nevertheless refused to send an article on Schelling of the Deutsch–Französische Jahrbücher  on the plea that he was occupied with other plans. 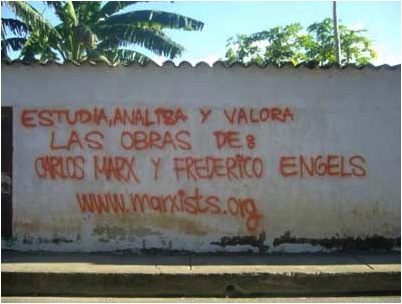 This entry was posted in and so on..., marxism, materialism and tagged Feuerbach, Marx, marxism, marxists.org. Bookmark the permalink.