Below is a short excerpt from the late Syed Ibne Hasan’s unfinished manuscript “Literature and Objective Truth.” Hasan’s former students Sibghat and Nasira translated this version from Urdu and it is presented here with their kind permission. I have made a few minor grammatical corrections and redacted a few sentences that require additional clarity from the translators.

Although the subject matter and language is dense and scholarly—almost Hegelian in the words of Sibghat — Hasan’s brilliance shines through, reminiscent of Lenin’s conspectuses on the works of Marx, Aristotle, Hegel, et al. 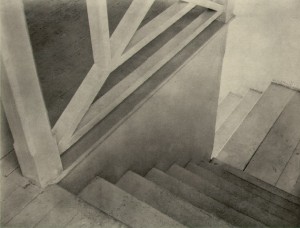 Since the word “ART” is used in such broader sense of meanings and for a large number of things, it seems impossible to define and formulate on the philosophical basis of “what art is.” Is an integrated and scientific knowledge of aesthetics possible? Beauty is found in a large number of things, such as natural scenery, birds, animals, colors, human beings, et cetera. But if it is said that everything is art, this is merely a hollow theory, because it will have either no opposite or some contradiction. It will have no boundaries–no matter a thing has very vast boundaries; but it must have some limits. If a thing has no determinations (its being or nothingness makes no difference), then its existence and non-existence will be alike. If the beauty partaken of a piece of art is not differentiated/distinguished from the beauty of the rest of the things, then the piece of art will lose its individuality. In this case, War and Peace and “Raga Malkauns” have no attribute that may distinguish them from a news report or the noise of a fish market. Hence, all existing things have the very same validity…If someone says, “Look! This is a bird,” only a child or a stupid person can say this, because other people will want to know something more about that bird; some special feature, or what kind of bird it is. So then, it is necessary to distinguish the beauty of art and literature from the other kinds of beauty in the light of (with the reference of) their determinations.

… Dialectical philosophy is the superior form of the scientific approach/thought that analyzes a thing or a process within its necessity. It does not assess them in the reference of an artificial need. It also rejects its objective classification. Art and literature is an extensive human praxis and it has a large number of forms, which are differentiated by and through their means, or modes of expressions. Despite this difference, they possess some particular [common] features and/or qualities that exist in [all of] the different genres of art and literature. Is such [scientific] knowledge possible, which studies simultaneously the identities and the differences [in arts](or common and different features/qualities) and explain the conditions, which caused the…

The excerpt is also retained for posterity in our Syed Ibne Hasan memorial archive.

This entry was posted in art, Indian subcontinent, marxism, Pakistan. Bookmark the permalink.