Socialism in Greece before the October Revolution 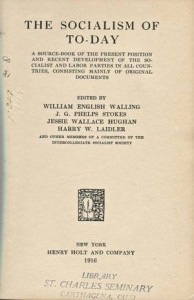 Some time ago, I picked up a book called The Socialism of To-day from a local antiquarian bookseller.  The book was published by Henry Holt and Company in 1916 by members of a committee of the Intercollegiate Socialist Society and purported to be “the first international and comprehensive source-book dealing with the Socialist movement in any language.” Strangely enough, the copy that I procured is actually the former property of the St. Charles Seminary Library in Carthagena, Ohio, which apparently had a rather extensive collection of holdings regarding Marxism. (I know this because I now own a number of such discarded volumes from the collection of the now defunct seminary.)

An appealing feature of the above-noted volume is the fact that it was published just a year before the Russian Revolution and my natural inclination was to flip immediately to the section entitled “Russia and Finland” (Part I, Section II, Chapter VI) and review the authors’ assessment of Lenin and company on the eve of the birth of the USSR.  It is actually Kerensky and not Lenin who dominates the 7½ pages devoted to Russia, the latter of whom is referred to only in passing on page 98 through the collective reference of six deputies of the Duma known as the “Lenin followers.”

The movement in America garners extensive coverage in this book.  Entire sections are devoted to the efforts of American socialist organizations in addressing vital topics of the day such as the then-burgeoning tensions involving immigrant workers and racial and ethnic minorities.  The narratives therein clearly show the care and attention that America’s radical left was willing to devote to these matters many decades before the American government offered anything other than relative indifference and complete disregard.  Eugene Debs and Daniel De Leon are mentioned in these sections, highlighting their integral roles in the organization of American workers and activists.

Rosa Luxemburg, Karl Liebknecht and Otto Bauer feature prominently in an extensive section of the book entitled “The Proposed General Strike for the Equal Suffrage in Prussia” (Part II, Chapter II).  Included here are addresses and resolutions by Luxemburg, et al. and and editorial summary from Vorwaerts (Vorwärts).

I was pleasantly surprised to find material dedicated to the movement in Greece as part of the chapter entitled “Roumania, Bulgaria and Greece” (Part I, Section I, Chapter IX).  The piece chronicles the struggles of the early socialist movement in Greece, highlighting the work of Dr. Dracoules. Eleftherios Venizelos merits only a passing mention in the piece, although the two decades following the publication of this volume would see the political career of Venizelos in a succession of high highs and low lows…often to the collective detriment of the the Greek people.

Reproduced below are pages 188 through 190 of The Socialism of To-day in their entirety.  This text has been reproduced in accordance with Fair Use provisions.1 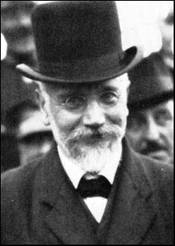 Greece has experienced a rapid industrial development during the last 15 years. As far back as the year 1885, Dr. Dracoules began with his propaganda work. In 1893, as leader of the Greek Socialist Party, he secured 4,000 votes in Athens, and in 1901 he was elected to the Greek Parliament, where he served several years.

Attempts have often been made during the past few years to establish a consolidated economic or political organization, but up to the present without any satisfactory results. This regrettable state of affairs may be attributed to the fact that emigration is increasing day by day, and it is just the most skilled and intelligent workers who are driven from their homes on account of their unfortunate political and economic conditions. At any rate, the constant agitation of a more progressive body has already had a great influence upon public opinion, and it is to-day generally recognized that the present conditions are untenable.

It was in 1909 that the military arose and swept away the existing government. The movement was supported by a great mass of the people, because an improvement in their conditions was hoped for as soon as new members were elected to the government. The new government relied to a certain extent upon the Socialist or semi-Socialist elements which had arisen from the Dracoules propaganda, and had developed a program “of struggle against the plutocracy.” Venizelos, the skillful prime minister, succeeded in turning a part of the movement to his purposes, at the same time that he was building up the Balkan League against Turkey inspired by the idea–launched by the Socialists–of a confederation of all the nations of the peninsula.

The government also succeeded in serving their own financial interests under the cloak of a propaganda campaign against modern capitalism. The people were forced to put up with this because they were helpless and disunited. The new political power offered brutal opposition to any attempt on the part of the workers to organize. Dr. Dracoules, in 1912, secured 12,000 of the 48,000 votes of Athens, and was almost elected in another district where he was also candidate. Nevertheless, the propaganda and the rising number of votes for the new movement resulted in a small progressive group in Parliament pushing forward with the labor laws.

In the meantime a Socialist weekly paper was established for the purpose of furthering the propaganda and organization work systematically. This was the first necessity–having regard to the great disruption in the existing groups. There is a very mixed “Labor Federation of Athens and Piraeus,” to which 17 industries belong, whilst 1 yellow organization has compromised 14 groups since 1910. Some 15 organizations, which are naturally still weak, both numerically and financially, belong to a third tendency. They represent no unity, it is true, but there are hopes of building up modern organizations with these as a basis. The followers of Dracoules created a labor league in 1909, which comprised two separate organizations–one Socialist Party and one trades-union center. This league has organizations in several towns. It propagates an understanding between the workers of the other Balkan States, hoping to put an end to the race hatred which exists. 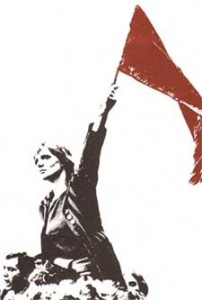 Over a century later, the people of Greece, as well as those throughout Eastern Europe and the Balkan Peninsula, have endured death and mayhem on shockingly grand scales. Invasions, occupations, pogroms and genocides – wrought by the forces of fascism and imperialism – have perpetuated the kind of ethnic discord mentioned in the concluding sentence of the above article. Moreover, Greece itself has struggled through the most trying period since the fall of The Junta, suffering through corruption, riots, economic plundering led by the United States and IMF and widespread unrest throughout the cities and the countryside. Surprisingly, Marxism is still a rather popular “boogeyman” used to cajole working people into supporting status quo parties like PASOK as well as those of the Right, including New Democracy and the Neo-Nazis known as “Golden Dawn.” Nevertheless, the Left remains alive and well in Greece although the diverse mosaic of parties and organizations is – at least at the time of this writing – so fragmented and unorganized that imminent victory by a united front of socialist organizations remains unlikely, at least for the near future.

1. Since my original transcription of the selected text in 2008, the entire volume has been made available online through archive.org and other sites.

This entry was posted in and so on..., Greece, marxism. Bookmark the permalink.