Iran’s ruling clique and the problems of the left

Originally posted to my old blog under the title “Mahmoud Ahmadinejad: Ecce homo” way back on on September 30, 2007. Some material has been been updated as of January 2018. 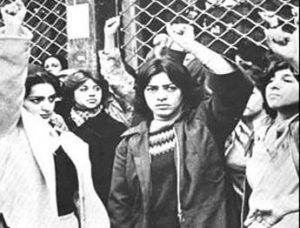 Back in early August, I attended a local Hiroshima Remembrance Day program.  The topic of the program was “Iran: The Next Hiroshima” and the basic agenda of the program appeared to be rather sound.  Among the talking points were the increasing tensions between the U.S. and Iran and the potential consequences should theU.S. use nuclear weapons in a future conflict with Iran.  All of these are important matters, for sure.  But as the program went on, I noticed a very troubling pattern in the presentations of the selected speakers.  At least two of the featured speakers that night openly embraced the ruling clique of Iran as champions of peace, one of them going so far as to read an extensive quote from Iranian President Mahmoud Ahmadinejad.  The irony of presenting Ahmadinejad and his cronies as champions of tolerance and peace seemed completely lost on most of the audience, who – much to my surprise – responded to this idea with enthusiastic applause.  At that point in time, I had thought – and actually hoped – that this display was an isolated misunderstanding but some things that I have read since Ahmadinejad’s recent visit to the U.S. suggest otherwise.

There seems to be a growing misconception that opposing imperialism means that it is somehow necessary to embrace the governments of those people threatened by imperialism, no matter how despotic they might be. Ahmadinejad and the ruling clique are certainly as despotic as they come.  But this fact is distorted more and more by well intentioned yet misinformed individuals who are ignoring the repressive nature of Iran’s current regime.  Consider the “Joint news release of International Action Center and the Stop War on Iran” that was circulated earlier this week.  The press release was entitled “Stop the war drive against Iran: No to the demonization of President Ahmadinejad.”  The following is an excerpt from the release:

Before the 1979 revolution, Iran was a virtual U.S. colony ruled by the brutal Shah. The nationalization of Iran’s oil industry since 1979 has meant social programs, education and literacy for both women and men, health care and other social benefits. The Iranian people, whether or not they support the Islamic establishment or the current government in Tehran, are determined to protect the gains of their anti-colonial revolution. Like the resisting Iraqi population, they will not return quietly to the days of Pentagon and Wall Street domination.

We stand with the President Ahmadinejad and the Iranian people to say:
Stop the war drive against Iran!

There is no doubt that progressive groups like Ramsey Clark’s International Action Center  and Stop War on Iran have the best of intentions at heart.  However, their careful attempt to straddle a very narrow fence has reduced their efforts to popular-frontist muddle at best.  Indifference to the question of whether or not the Iranian people “support the Islamic establishment or the current government in Tehran” strikes a blow to the collective struggles of millions of oppressed Iranians by reducing their peril to a mere triviality. True progressives and the world’s radical left and workers’ organizations should be encouraging the people of Iran to rise up against their oppressors instead of embracing their oppressors.  This is a fundamental point which requires consideration, organization and action.

The Islamic Republic of Iran has a well-documented history of severe repression and persecution of women, gays and lesbians, labor leaders and political dissidents.  But it is not the mainstream media or U.S. propaganda outlets who have led the campaign to spread the truth about Iran’s ruling clique.  Those organizations are far too concerned with saber rattling and doomsday prophecies to address the plight of the Iranian people.  Iranian opposition groups from within Iran, working in conjunction with similar groups outside of the country have led the effort to educate the world community on the horrors of life inside the repressive theocracy of today’s Iran.  The Iran Civil Rights Committee, WPI, and The Third Camp make this information through public demonstrations, publications, Internet sites and other outlets.  The information is obtained and compiled through the efforts of volunteers and workers who sometimes go so far as to risk their personal safety to expose the conditions in Iran.  To ignore their brave and noble efforts and those of affiliated organizations is a disservice to their efforts and an affront to the struggling Iranian people. 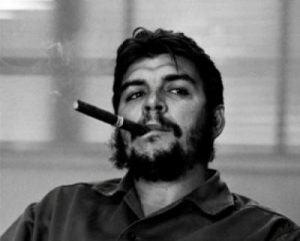 Che Guevara would not have looked kindly upon Iran’s ruling theocracy.

Perhaps one of the most regrettable displays of naïveté came during a recent visit to Iran by a contingent of Marxists.  They reportedly expressed their support for Iran’s current regime in a display of relative indifference as to the extent of political repression within the “Islamic Republic.”  (They did retract their statements and break with the regime just a short time later.)  Marxism is, of course, illegal in Iran and today’s Iranian Marxists study and work in secret as they risk imprisonment and execution as the penalty for political dissent.  Marxists have, in fact, been executed by the government of Iran since the Islamic Revolution of 1979. Che Guevara was a Marxist-Leninist.  There is little room for debate on the matter.  That Lenin was clear on the matter of separation of church and state is also undeniable, as he clearly expressed a coherent position on the matter in his work Socialism and Religion:

Complete separation of Church and State is what the socialist proletariat demands of the modern state and the modern church.

Progressive, radical and revolutionary movements worldwide must be clear on their opposition to any and all political systems built on religious dogma, intolerance, racism and political repression.  This most definitely includes the ruling clique of the Islamic Republic of Iran with respect to their crimes against working people, women, the LGBT community, and political opponents.

To stand with the people of Iran in opposition to imperialism and war is essential.  But to stand with Ahmadinejad and his cronies extends an implicit endorsement of their draconian tactics and their heinous crimes.  At the end of the day, the lesser of two evils is still evil.