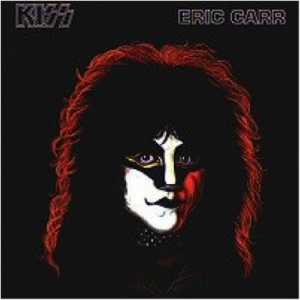 I was very lucky to get the chance to attend a Kiss Expo in Louisville, Kentucky way back in late 2001.  It was really a great time as we got to see Eric Singer and Bruce Kulick talk for a while and there was even a performance by a Kiss Tribute Band called Mr. Speed.  All of this stuff took place in the multipurpose area of a Holiday Inn, which was surprisingly a good accommodation for the event.  The room was chock-full of vendors selling all kinds of licensed and unlicensed Kiss memorabilia.  I carted away a few great finds that night, including a complete copy of “Kiss: The Originals” on LP and a CD copy of Quiet Riot’s 1977 Starwood show.  But my best find of the night was a CD copy of the full Eric Carr Memorial Tribute show from 1992 .  I had seen this show offered as a collection of tapes on eBay a while back, but the final price on the set was really ridiculous at the time.  I think most people were paying for the sentimentality associated with the show, but the amazing artwork on the package was a definite plus.  The cover art was an homage to the Kiss solo albums, featuring a makeup-era portrait of Eric as “The Fox”.  I was sorry I had missed out on snagging this when I was bidding on the eBay auction and I even asked the seller for a scan of the artwork after the auction had ended, but he politely declined, explaining that he didn’t want copies of the picture to be spread around too much.

Anyway, when I saw a CD copy of the Eric Carr Memorial Tribute show for sale at the Kiss Expo, I was pretty excited.  The packaging was obviously not professional per se, but the front cover was – sure enough – an exact copy of the solo album homage, complete with lettering and logos to match the other Kiss solo albums.  For CD that was not a professional job, it was still an impressive package, including the inkjet labels on the CDs.

But all things considered, I have to say that I was really not prepared for just how awesome the Memorial Tribute show was.  The show was actually originally aired on the New York Station WCWP/88.1 FM in 1992 as a tribute to Eric Carr on the first anniversary of his passing.  The main part of the show is a rebroadcast of a radio show from December 23, 1989 in which Eric Carr stopped WCWP for an unannounced visit to promote the Kiss album “Hot in the Shade.” But throughout the Memorial Tribute show broadcast, DJ Tony Mal provides narration featuring anecdotes and trivia regarding the life and times of the legendary Kiss drummer.  Much of Mal’s background information was gathered through interviews with Eric’s family as well as articles and fanzines.  Remember, 1992 was back before the rise of the Internet, so they had to do research the old-fashioned way back then.  The fact that the show turned out so well is really indicative of Mal’s hard work and dedication. Throughout the special, Mal also plays a virtual compendium of Eric’s Kiss-era work, including some material he wrote and/or performed for other talents, from Wendy O. Williams to Bryan Adams. Also included are some ultra-rare tracks of Eric’s first band “The Cellarmen” that were recorded when Eric was only 15 years old.  Because the special was produced in 1992, material from Eric’s posthumous release “Rockology” as well as some other unreleased tracks that have come to light more recently are not included as they were not in circulation at the time.

I pull the tribute CDs out two or three times a year and I listen to the whole show start to finish.  I just listened to the show yesterday for the first time in a while –  in fact, I also listened to it again today! Sure, the program gets a little silly and cheesy at times but at the end of it all, it stands up as a fantastic celebration of one for rock’s best and most underrated drummers.  I’ve always thought it would be kind of cool to get the chance to tell Tony Mal what a great job he did in compiling this show, but there’s not a lot of info about him on the ‘net, so this article will have to do the job.  Thanks Tony!

Postscript, 2012: A short time after I posted this on the old site, I received an e-mail from Tony Mal who had received word of the article from a friend. He was very appreciative of my comments regarding his work on the Eric’s memorial show. I am happy that my words of support reached him and I still listen to this CD set from time to time and fondly remember the better days of one of my favorite bands. 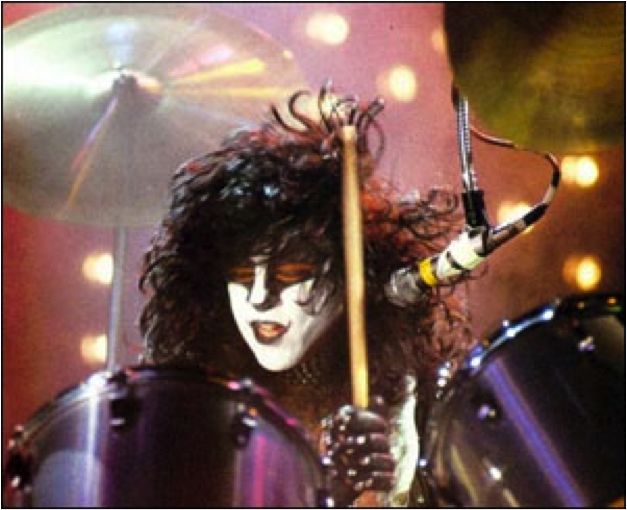 This entry was posted in and so on..., music and tagged Eric Carr, Kiss Tony Mal. Bookmark the permalink.