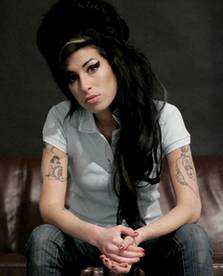 Ask a philosophy major to draw a Venn diagram depicting the relationship between Amy Winehouse fans and pro wrestling fans and the two circles would barely meet. But despite the departed diva’s unfortunate end, Winehouse herself took great joy in watching the exploits of her favorite grapplers. In 2007, Winehouse spoke of her enthusiasm for WWE with The Sun, telling the paper that Rob Van Dam and Chris Jericho were her favorite wrestlers.

WWE seemingly reciprocated Amy’s affection the same year when Santino Marella covered a bit of Winehouse’s smash hit “Rehab” on Monday Night Raw. The segment was part of a running feud between Marella and “Stone Cold” Steve Austin, ostensibly crafted to promote WWE’s direct-to-DVD release The Condemned, which starred the Texas Rattlesnake himself. Adding one more dimension of cross-promotion to the mix, WWE led into the Marella sketch with a live performance by Lillian Garcia, who was trying to get her singing career going at the time. 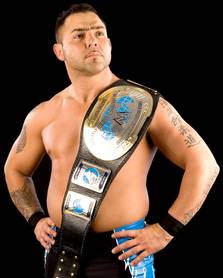 As WWE is notoriously sensitive about its product, it was a bit of an anomaly to see one of the company’s stars poking fun at a heavily promoted endeavor like The Condemned. For what it’s worth, Austin got the better of Santino in their feud, reenacting his “beer truck” attack at the expense of the Milan Miracle. Marella may have gotten the final laugh, though, as The Condemned is widely panned to this day, garnering a 15%/1-star rating on Rotten Tomatoes.

Amy Winehouse passed away in 2011 after many years of excess and personal issues took their tragic toll. Surely her close friends, some of whom described her as being “obsessed” with WWE, still wish she’d have spent more of her spare time reveling in the highlights of her favorite grapplers instead of treading down darker paths.

This entry was posted in professional wrestling and tagged amy winehouse, santino marella. Bookmark the permalink.