The recyclable (and compostable) Trump

Chalk it up to my wistful yearning for the way things used to be, but I still buy vintage news magazines at thrift stores and garage sales and read them like they’re relevant and fresh. A recent haul included a bunch of Smithsonian magazines and issues of Time from the early 1980s through the early 1990s. While working my way through that batch of periodicals, I was pleasantly surprised to find a gem of an item in the “Milestones” section of the October 7, 1991 issue of Time in which the magazine’s editors showed that they had Donald Trump’s number decades before anyone could have even conceived that he would someday ascend to the office of Chief Executive. 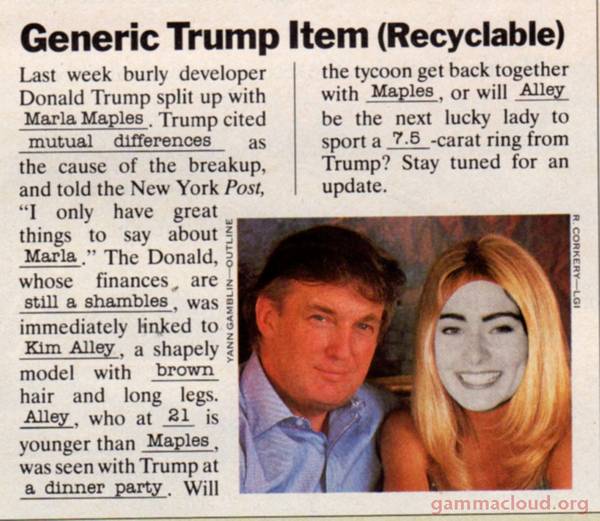 “Stay tuned for an update.” This joker is President now. There’s your update, America.