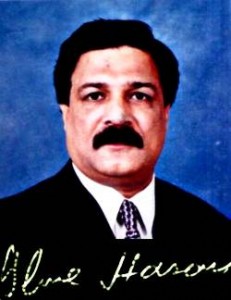 From time to time, I decide to comb through my various e-mail accounts as well as my desktop and external hard drives looking for old conversations with my late friend Ibne Hasan. At this point – almost four years after his passing – I have probably discovered almost everything I have left, with much of our old conversation threads being lost due to my hard drive crash in 2011 and the necessity to regularly update e-mail clients and clean out mailboxes for the sake of storage.

But when someone is gone forever, a fragment from a bygone, otherwise mundane conversation becomes precious. Such is the case with a recent e-mail thread I found in the “sent items” mailbox of one of my oldest e-mail accounts. Hasan’s patient and insightful replies to my questions regarding Indian film and music from a 2010 conversation thread are presented below for posterity, along with with contextual explanations in italics.

I will also add this thread to the memorial page I established for Ibne Hasan for posterity. 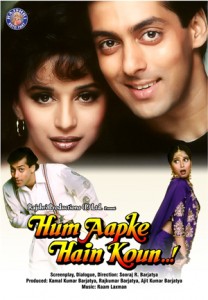 In 2010, I watched the Bollywood blockbuster film Hum Aapke Hain Koun..! and, having previously discussed Indian films and music with Hasan, I wrote to him and asked his opinions on the movie. While he had not seen it, he expressed a willingness to watch it and have a discussion. Hasan also shared about about his collection of rare music.

I have not watched the film Hum Aapke Hain Koun..! (Who/What I Am For You). This film was released one or two years back and I have not watched it. I have been collecting Indian film and classical music and the number of songs has reached almost 13 thousand. The collection is mostly from 1932 to 1956.

Indeed, Hasan had sent me a huge cache of CDs the previous year and I reminded this of him, asking if I could make copies and share them with someone who had recently opened a new Indian and Pakistani grocery store near my home. Hasan’s generosity was resoundingly clear in his response.

I have never refused copies of DVDs to any one who has some interest in such stuff. You may give copies to any person. The collection has many rare songs which are not available on the internet. These were recorded from 78 RPMs.Yes, you may write your comments on the film. If possible send me an email.

Hasan later read my review of Hum Aapke Hain Koun..! and decided to seek out a copy for himself so we could compare notes. He also expressed some curiosity regarding my interest in Indian music, noting that I could neither speak nor understand Hindi or any of the other languages of the region. I had hoped he would expound on the matter of his comments regarding “pure music,” but I do not recall ever having that conversation in detail. 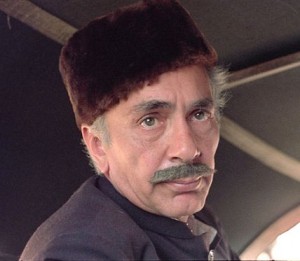 …I read your comments. I will procure a copy of the film and watch it. Because of my “notoriously classical bent of mind” it is a hard job to watch modern Indian movies. I watch a film only for its music.

India did produce some good films in the past. Some critics say India produced only two good actors in the past: Motilal and Balraj Sahani. It is very difficult to procure the films in which Motilal acted but some of Balraj are easily available.

India produced good music during the years from 1940 to 1955; after that most of the stuff is rubbish. India also gave some great classical singer. Some of the names are: Omkarnath Thakur, Narayanrao Vayas, Vinayakrao Patwardhan. You can get some songs of these singers on the internet.

My question should be: when you do not understand the language, what is it in these films that interests you? You do not understand the language of the songs. So do you find the tune itself absorbing? I am myself a believer in “pure music.” I mean that music does not need the help of words to create the effect or the mood of the melody/tune. Indian classical music proves this point as words are absolutely of no value in it.

I can’t remember if Hasan ever actually procured a copy of Hum Aapke Hain Koun..! and if we had any further discussion about the movie, our correspondence about that subject has vanished into the ether of the Internet forever. Based on the opinions he shared about contemporary films and music, I would gess that he probably would not have appreciated the movie regardless of the fact that it was one of the most successful films in Bollywood history.

We had also talked in passing about discussing a 2005 biopic about Subhas Chandra Bose but we never got around to that as we both has many projects to tackle, both individually and together through our work for the Marxists Internet Archive.