A couple of weeks ago, I attended a large public awards ceremony honoring the achievements of some local kids and young adults. When the award recipients were announced, one of the names I heard was both distinct and familiar: the name was “Najma.” I did not personally know the young lady in question but her name reminded me of a special person and a story about him that I hadn’t thought of in quite some time.

Najma Akhtar, also known simply as “Najma” is a British-born singer who has performed in a number of styles and genres, including traditional Indian and Pakistani songs and Bollywood-style music. That’s who I thought of first when I heard the name “Najma” uttered at the ceremony. My mind then quickly shifted to my late friend Ibne Hasan for reasons which I shall now explain.   Years ago, I wrote to my  Hasan asking his opinion of the song “Parvanon” by Najma. I had just discovered the song on the 3 CD set Essential Guide to India (Union Square Music, 2006), which I’d purchased as part of my longstanding affinity for Bollywood music. As I’ve written elsewhere, Hasan was a true aficionado of many, many styles of music from India and Pakistan and he was always enthusiastic to share his insight and opinions with me.  We’d corresponded at length about the subject of music over the course several years and he’d sent me a number of CDs and DVDs packed with thousands songs from his personal music collection, many of which he had painstakingly transferred from old, brittle vinyl records to mp3 using the best recording equipment he could find (including an old tube phonograph that apparently didn’t work well on rainy and humid days). Has was never critical of the fact that I couldn’t speak Hindi, Urdu or Persian, recognizing that I was motivated to learn and appreciate as much as possible about life and culture throughout the Indian subcontinent.

I was eager to learn his impression of the Najma track because I had already become familiar with her singing after procuring her 1987 debut album Qareeb at a second hand record shop in Fort Wayne, Indiana. At some point after that, I’d discovered that Najma performed live with Robert Plant and Jimmy Page as part of their “UnLedded” special in 1995, providing backing vocals for “The Battle of Evermore.” In fact, Plant introduces Najma by her full name, Najma Akhtar, after the “Evermore” performance concludes.

After ripping “Parvanon” to mp3, I sent the song to Hasan via e-mail, keenly awaiting his thoughts on the track. I’m sure that at some level I’d hoped that he would praise the song as well as my developing penchant for high-quality Indian music. That’s what I’d hoped, anyway. Less than 24 hours, I heard back from Hasan but his response was not at all what I’d expected. Hasan criticized Najma’s timing relative to the meter of the lyrics, he didn’t like her voice and he summed things up by ultimately describing the piece of music as “unimpressive.”

I wasn’t disappointed, though. On the contrary, I felt honored that he’d taken time out of his day to listen to the track and respond in direct and specific terminology. That was Hasan, through and through: honest and unassuming, enthusiastic and candid as both a teacher and a friend. I still miss chatting with him and learning from him. To this day, I keep a small photo of him on my side of the bedroom and I reflect on him often, in hopes that there will someday be more good men like him to lead by instruction and example. 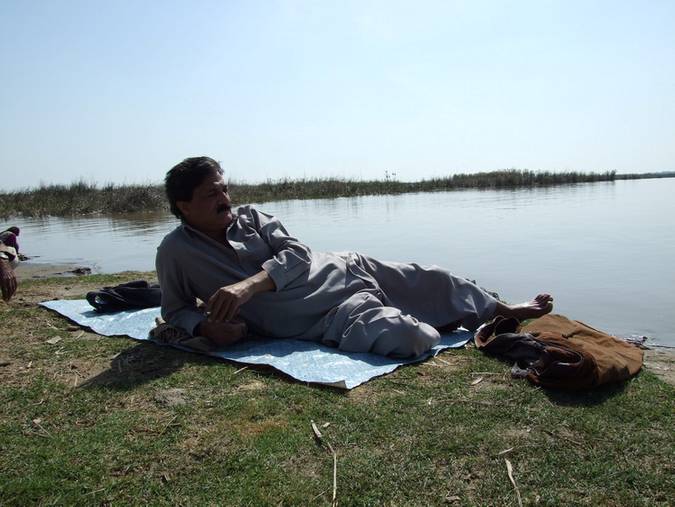