On building the polemic, continued 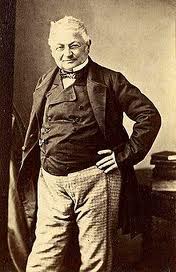 While reviewing one of Marx’s seminal works, The Civil War in France, I was reminded of his exceptional skill in in the art of polemical critique as I read his assessment of French “statesman” Louis Adolphe Thiers:

A master in small state roguery, a virtuoso in perjury and treason, a craftsman in all the petty strategems, cunning devices, and base perfidies of parliamentary warfare; never scrupling, when out of office, to fan a revolution, and to stifle it in blood when at the helm of the state; with class prejudices standing him in the place of ideas, and vanity in the place of a heart; his private life as infamous as his public life is odious – even now, when playing the part of a French Sulla, he cannot help setting off the abomination of his deeds by the ridicule of his ostentation.[1]

While it’s true that international politics generally tends to create an environment that is relatively rife with direct and substantive critique, it’s the realm of domestic politics  – especially in the midst of a partisan election cycle where disingenuous ambiguity and petty bickering are the very governing principles of the day – in which we see a drastic need of the kind of clarity and elucidation found in the writings of Marx and his fellow travelers.

This entry was posted in and so on..., marxism and tagged Marx, marxism Thiers, Paris Commune, polemics. Bookmark the permalink.