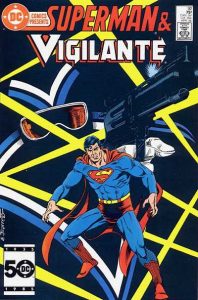 Okay, let’s get this out of the way: I am not trying to be obscure, here. I actually love this book. Sure, it’s not going to make it into my dozen or so “Wall of Fame” comics (more on that batch another day) but it’s a great little read. To be fair, I’ll grant that it’s a sentimental pick in some ways. When DC Comics Presents #92 rolled off the press in early 1986, the ink had barely dried on the continuity-altering miniseries Crisis on Infinite Earths and, in some ways, this very simple standalone tale seems like a parting glance at the simpler days of comic storytelling.

DC Comics Presents was a team-up book. Much like The Brave and the Bold, Marvel Two-In-One, and the like, this monthly mag paired heroes and heroines with an “anchor” hero and in the case of DCCP, the ballast in question was none other than The Man of Steel. Because DCCP stories were largely self-contained, writers found the format to be an opportunity to cook up all sorts of bizarre pairings and stories, most of which had no impact on the canons of the comicdom. DCCP #4 paired Supes with the Metal Men; #10 featured Sgt. Rock; #24 featured a team-up with Deadman; heck, even Santa Claus made it into the book in issue #67! And then there was DCCP #92, which teamed Superman with the maverick antihero, Vigilante.

The alliance of Vigilante – a merciless, street-wise tough guy – with the unfaltering moral compass of Superman is unorthodox one, for sure. Somehow, though, it works. In this particular yarn, both heroes first encounter the story’s villain as their respective alter egos; Superman – as Clark Kent – foils an attempted shooting in Times Square on New Year’s Eve and Vigilante – as court bailiff Dave Winston – comes across the shooter at an arraignment hearing a short time later (For posterity’s sake, it’s worth noting that the arraigning judge is actually Adrian Chase, who served as the original Vigilante before retiring from costumed crime fighting and heading for the greener pasture of the judiciary). The perpetrator beats the rap on account of some shaky eyewitness testimony from complaining witness Clark Kent, but Winston, a keen observer and crime fighter by night, recognizes the offender as a perpetrator of a cold case and determines further investigation is warranted.

Superman, who is somewhat annoyed with Judge Chase’s dismissal of the charges in the Times Square case, mounts an investigation of his own. In time, both Supes and Vig cross paths, uncovering a massive scheme to blackmail the city with the threat of a devastating nerve gas attack. The plot is thwarted by way of some good old-fashioned detective work, a bit of fisticuffs and some well-timed super-breath. Of course, in the course of the battle, Superman and Vigilante learn that despite their differences, their objectives and their philosophies are quite the same.

Maybe that all sounds a little formulaic but the tale has a fast pace and some great action, most of which is hand-to-hand combat courtesy of the entertainingly glib Vigilante. Hey, it’s always nice when the cat with all the super powers doesn’t upstage the earthbound, non-bulletproof dude. Writer Paul Kupperberg handles the interaction between these strange bedfellows quite well, using wit and levity to develop their relationship into an unexpectedly enjoyable camaraderie.

DCCP #92 a hidden gem in many respects. It’s a pleasant bit of writing, for sure, complimented with artwork by quintessential Superman artist Curt Swan. It’s not an earth-shattering work of social importance or a highly influential piece of popular culture in and of itself, but it’s definitely the kind of tale that provides even the most seasoned of readers with the sense that his or her time is well spent by the turn of the final page. 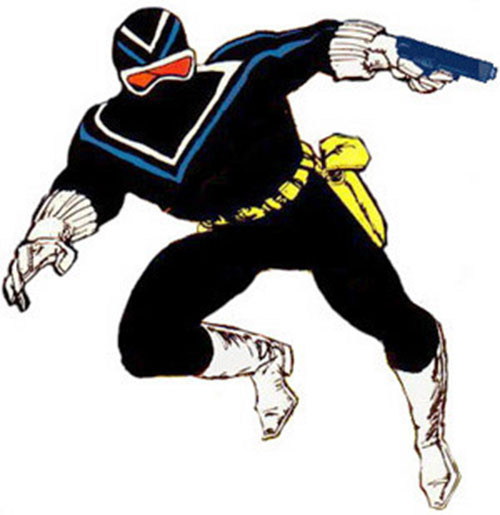