Originally posted to the blog “Randomize at Will,” September 2011. 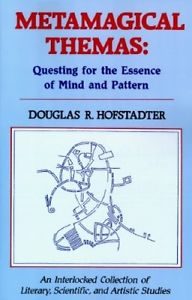 In his May 1982 article, “On Number Numbness,” noted author, Gödel enthusiast and master of all things complicated Douglas Hofstadter eloquently laments a global decline in the appreciation and comprehension of “large numbers.” Of particular concern to Hofstadter is the virtual omnipresence of such grand figures in media coverage of government affairs and the like. Citing figures regarding GDP and defense spending, Hofstadter posits that unfamiliarity with basic arithmetic principles yields popular misconceptions and consequently, sweeping indifference throughout large portions of society. The piece is obviously not intended as a political manifesto, for sure, but the application of Hofstadter’s work to geopolitical issues bring about a number of important questions of the political sort:

I have always suspected that relatively few people really know the difference between a million and a billion. To be sure, people generally know it well enough to sense the humor in the joke about when the earth will fall into the sun, but what the difference is precisely—well, that is something else. I once heard a radio news announcer say, “The drought has cost California agriculture somewhere between nine hundred thousand and a billion dollars.” Come again? This kind of thing worries me. In a society where big numbers are commonplace, we cannot afford to have such appalling number ignorance as we do. Or do we actually suffer from number numbness? Are we growing ever number to ever-growing numbers? What do people think when they read ominous headlines like the ones above? What do they think when they read about nuclear weapons with 20-kiloton yields? Or 60-megaton yields? Does the number really register or is it just another cause for a yawn? “Ho hum, I always knew the Russians could kill us all 20 times over. So now it’s 200 times, eh? Well, we can be thankful it’s not 2,000, can’t we?”

The world is gigantic, no question about it. There are a lot of people, a lot of needs, and it all adds up to a certain degree of incomprehensibility. But that is no excuse for not being able to understand—or even relate to numbers whose purpose is to summarize in a few symbols some salient aspects of those huge realities. Most likely the readers of this article are not the ones I am worried about. It is nonetheless certain that every reader of this article knows many people who are ill at ease with large numbers of the sort that appear in our government’s budget, in the gross national product, corporation budgets, and so on. To people whose minds go blank when they hear something ending in “illion”, all big numbers are the same, so that exponential explosions make no difference. Such an inability to relate to large numbers is clearly bad for society. It leads people to ignore big issues on the grounds that they are incomprehensible. The way I see it, therefore, anything that can be done to correct the rampant innumeracy of our society is well worth doing. As I said above, I do not expect this article to reveal profound new insights to its readers (although I hope it will intrigue them); rather, I hope it will give them the materials and the impetus to convey a vivid sense of numbers to their friends and students.

It is numbers like 545 billion that we are dealing with when we talk about a Defense Department overrun of $750 billion for the next four years. A really fancy single-user computer (the kind I wouldn’t mind having) costs approximately $75,000. With $750 billion to throw around, we could give one to every person in New York City, which is to say, we could buy about ten million of them. Or, we could give $1 million to every person in San Francisco, and still have enough left over to buy a bicycle for everyone in China! There’s no telling what good uses we could put $750 billion to. But instead, it will go into bullets and tanks and fighters and war games and missile systems and jet fuel and marching bands and so on. An interesting way to spend $750 billion, but I can think of better ways.

Of course, the figures cited above are indisputably dated – preceding the most out-of-control defense spending of the Reagan Administration[i], both wars with Iraq[ii], the TARP bailout[iii] and so forth), but the message stands that perceptual reality, fostered by misinterpretations regarding figures that express quantity, value and distance, bring about real life consequences. With specific attention to matters regarding the ability to wage large-scale warfare, a complex yet poignant question emerges:

Does the seemingly limitless ability of governments to produce fiat currency, coupled with an ever-expanding ability of a pervasive military-industrial complex to kill people on a massive scale mean that human life has been effectively, definitely, and completely devalued once and for all?

The full text of “On Number Numbness” is available in the volume Metamagical Themas: Questing for the Essence of Mind and Pattern.